What is Needed for Homeschooling to Grow

There is a growing possibility that, if the home schooling movement continues to expand, it may become the most important single force that Christians can employ to take America back from the anti-Christian forces that currently control American public life.In order for this to occur, however, there are some current weaknesses in the home school movement that need to be corrected. Aside from the obvious legal problems and other difficulties that have developed as the public school establishment attempts to protect its decaying monopoly, these include:

1. Home schooling is very difficult for parents whose circumstances prevent at least one dedicated parent from giving a very large percentage of his or her time to the home school. While it is fine to argue that a family should always include one full-time parent in the home with time to teach the children, many families find themselves in circumstances which do not permit this.

2. Many parents themselves lack the education that they so earnestly want for their children.

As a consequence, home schooled children have a difficult time rising above the level of academic achievement of their parents.

This is true of many homes in which both parents are college trained and may even have advanced degrees. A large fraction of college graduates, for example, are not trained to do simple calculus a level of academic achievement easily possible for most properly educated sixteen-year-old children. Even parents holding doctoral degrees in mathematics and science are often poorly educated in literature, history, and the foundations of our civilization.

3. Home schooled children cannot attend college and graduate school without exposure to the same evils in American colleges and universities that were a primary reason for taking the children out of the public schools in the first place. There are very few institutions of higher learning where these evils are not pervasive and even fewer which offer high quality educations in such fields as science and engineering.

4. The average level of academic achievement in Christian home schools at present looks good only when compared with the disastrously poor results currently the norm in public schools. While it is true that SAT scores are a little higher for home schools than for public schools, the average public school child comes from a generally poorer home environment and a school environment that is not conducive to learning. 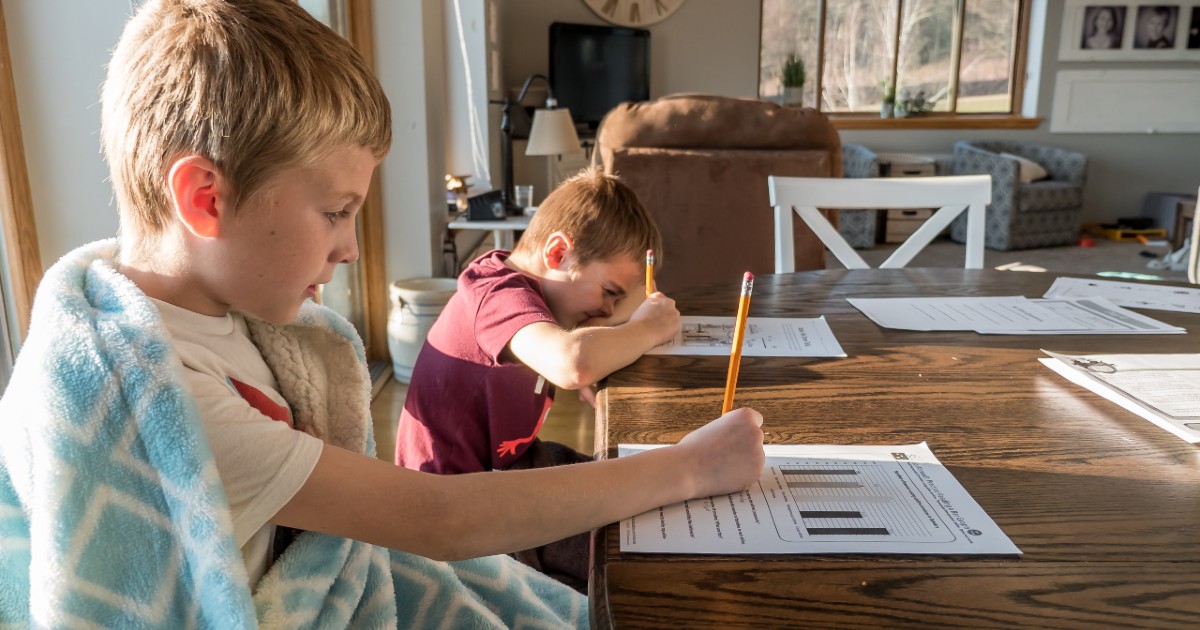 Our children must be able to think

Some Christians react to these difficulties with various forms of resignation. They hope that more families will find a way to rearrange their lives for home schooling. In their home schools, they emphasize subjects such as spelling and grammar and generally neglect more difficult subjects such as mathematics and science. They hope that by the age of 18 the children will be strong enough to resist the evils that they encounter at the universities, or else they deny the children a higher education and direct them into occupations where that education is not required.They are comforted by the fact that they have achieved slightly higher educational performance than the public schools while, at the same time, sparing their children the depravities of the secular world for at least part of their formative years. These Christians are dedicated people and are doing their best for their children. I believe, however, that they should be thinking beyond the current home school situation.

In order to take our country back from the secular humanists – back from those who have abandoned the Christian values and disciplines that made America great – back from the evil that is destroying our society, we must do more in our home school movement than we are doing now.

Our children must be not a little better educated when compared with those in the public schools – they must be so much better educated that they are entirely beyond such comparisons.

Our children must be able to think – and to think so much more effectively than their opponents that they are able, in one generation, to become such a superior force in science and engineering and in industry and government that they dominate American society.

Our children must be such shining examples for the home school movement, that the majority of American families demand the same quality for their children – a quality that can only be obtained by becoming Christian families who take responsibility for themselves.

Our children must be such superior performers in America’s colleges and universities, that they not only resist the corruption in those institutions – that they destroy, by their example, the corruption itself.

How can this be done?

Interesting rhetoric, you may say, but how can this be done?

I respond, it MUST be done, and, for the remainder of this article, I describe an experiment that indicates the beginnings of a way in which it may possibly be done.

Like most successful experiments, this one reveals only part of the truth and suggests further experiments that may be worthwhile. Also, like a great many experiments that point in a different direction, this one was done by accident. If it ultimately proves to have been worthwhile, then the credit belongs to the Lord – not to the participants.

← More Than A Fighting Chance
A Tragedy and a New Beginning →