The language of science is mathematics

The academic day should be restricted to the teaching of truth. For example, when teaching spelling, you teach the true spelling of words. When teaching math, you teach how to arrive at true solutions. Two plus two equals four in base ten all the time, not just some of the time!

Science is the study of natural truth. It progresses by a logical sequence—experimental observations, to hypotheses, to quantitative analysis. It is not possible to study or apply most science reliably without first knowing the language in which it is written—mathematics-—at least through introductory calculus. When students lack an adequate understanding of mathematics, yet try to study “science,” they are typically presented with oversimplified half-truths which later need to be unlearned. 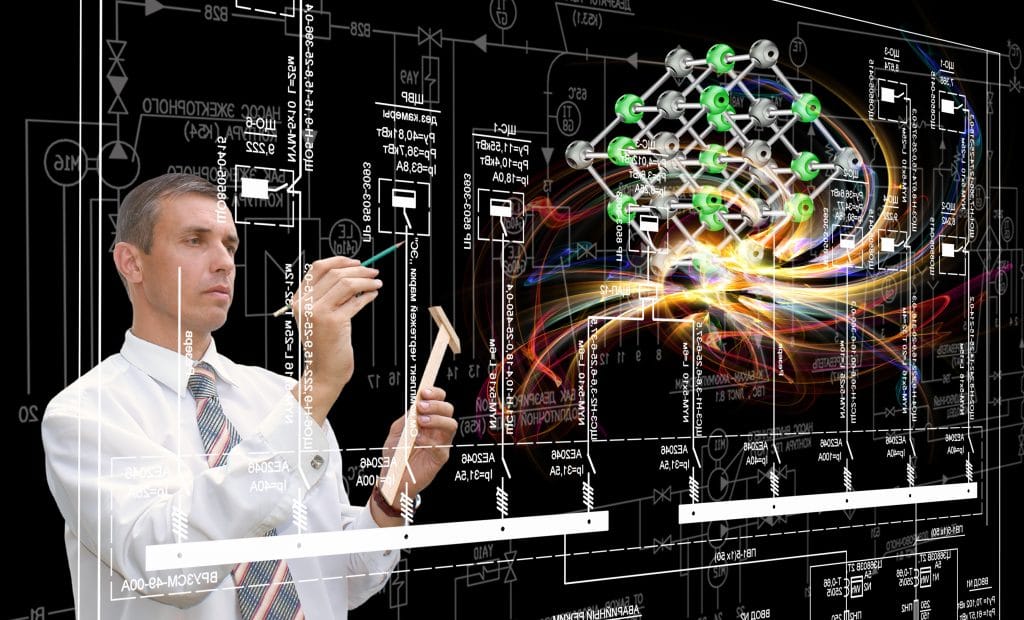 Real science is largely problem-solving. Skillful problem-solving requires many years of practice and much self-confidence. A self-taught child has a very great advantage in problem-solving, because he has mastered the basic elements of this activity early in life. He has not memorized specific methods for solving particular types of problems. He has instead learned to extract information from the books by himself and then apply it to any problem that is presented. Also, of equal importance, he has learned that he is able to do this without any outside help. These are essential skills that make possible the learning of advanced scientific problem-solving.

“Does this mean my child should not study science until he is in high school, or even college?” A distinction needs to be made between activities that belong in the academic day, and those that do not. The five or six hours in the academic day are a narrow window of opportunity in which information can get into a developing brain. The parent must use these hours to concentrate on essential subjects. Other, less essential topics should be skipped. If a child is particularly interested in a non-essential topic, he can study it on his own time, as a hobby, but regardless of his interest level, class time should not be pre-empted for such studies.

Children are always curious about the world around them. Sometimes this interest focuses on a particular subject like ants or electronics. Such interests should be encouraged for many reasons—one of which is that they can be the precursors to later abilities in science or engineering, which is applied science.

If the child is interested in ants, provide him with books about ants and the means to experiment with them, but do not feel you must now incorporate ants into your regular curriculum. If his interest persists, get him the most complicated and complete text on ants you can find. Only part of this text will be understandable to him, but it will show him the limits of his present knowledge. This does not say, “This subject is too difficult.” It says instead, “This is your subject presented in the way that it is discussed by those who love it best and have made it their life’s work. Study hard, so that one day you will be able to fully communicate with them.”

Alternatively, if your student is interested in electronics, he may become a ham radio operator. (Children as young as five have done this.) This is a wonderful hobby that teaches much about electronics. This is an excellent extracurricular activity. Someday, if he goes far enough in his academic studies, he may gain a true understanding of his hobby.

Self-selected hobbies are an important part of personal development. There are thousands of subjects from which to choose. It is best that this choice be made by the child, so that there is an optimum possibility that the interest will endure.

What is “Real” Science?

Introductory physics usually starts with mechanics, since this is the simplest subdivision and is also that part of physics upon which most of the Industrial Revolution is based. All of mechanics was discovered by Isaac Newton. When Newton discovered mechanics, he simultaneously invented calculus because he found it too difficult to solve real-world mechanics problems without calculus.

If Isaac Newton could not do mechanics without calculus, how can a teenage student do so? The answer is, of course, that he cannot. He can only pretend to do mechanics with the help of texts that contain artificial problems. If he ever has an opportunity to learn physics properly, he will then have to unlearn the incorrect procedures. This is debilitating and wasteful of his time.

One of my sons went through Saxon Math and then decided to take a physics course for high schoolers. He answered all the questions as thoroughly as he did in his Saxon Math books. But when he went on to study a good first-year book from Cal Tech, he discovered he did not know physics. The early book was actually an impediment to his work.

Let me give one example of the difference between “real” physics, based on the math needed to understand it, and oversimplified physics. If you teach the problem of an apple falling from a tree, you can present the formula for calculating the time it takes for the apple to fall. This requires only simple math. Distance = 1/2x acceleration x time2. If you know the acceleration effect of gravity (32 ft/sec2) you can calculate either distance or time, given one of the two. But this does not teach you what acceleration really is. Acceleration is the second derivative of position with respect to time. If acceleration is not assumed to be constant (which it is not, even in the apple and tree problem) the handy d = 1/2at2 formula no longer works and what the student thinks he knows about acceleration no longer turns out to be true. More importantly, physics is not the memorization of specialized formulas. The Student should have been taught Newton’s Law that:

and been required to derive the apple equation.

As an analogy, many children coming through the school system think they can read—but all they are doing is memorizing certain words using a look-say method. This leads to very poor reading which will top out at a certain level, yet typically the student will not seek help because he thinks he knows how to read. He just thinks he does not enjoy reading.

Science is the study of physical truth. It should not be undermined by the teaching of half-truths. Children who are taught scientific formulas and concepts before they have learned sufficient mathematics are taught half-truths. Let’s make the most of our freedom in home-schooling to give our science students the whole truth.

← College Preparation
The Study of Science →