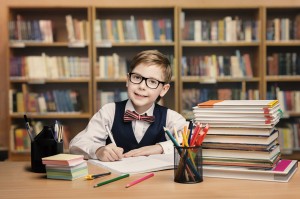 For the remainder of this article I will list those rules and procedures and, for some rules, give a short rationale that may or may not be correct. For those who consider adoption of these procedures, I offer the opinion that they will work in any home and with any children, regardless of ability. Obviously children differ in innate ability. I believe, however, that these rules will achieve remarkable results with any child when compared with other alternatives.

These are not, however, “suggestions.” They are rigorous requirements. I know what has happened here. I do not know what would happen in different experiments under different conditions.

If, therefore, these suggestions are all followed in the same way, I expect the same result. There are probably better ways; there are undoubtedly worse ways. I discourage, however, the notion that compromise is always permissible. Below, for example, I state that the home should have no TV and no sugar. I then advocate a self-teaching program that has mathematics and free reading as its basis. It is entirely possible that this self-teaching program would fail in a home that still contains a TV and children who are still in a sugar-influenced mental state.

1. There is no television in our home.

There is no television in our home. We do have a VCR that was donated to the civil defense project. As a family we watch a video tape approximately once every six months. Television wastes time, promotes passive, vicarious brain development rather than active thought, and is a source of pernicious social contamination.

2. The children do not eat sugar

The children do not eat sugar or honey or foods made with these materials and have never done so at any time in their lives. Though Laurelee and I (both sugar addicts) established this rule, it is now out of my control. Two years ago, when some visitors whom we greatly wished to please came for dinner, they brought sweet rolls and donuts. I suggested to the children that they should eat just one so as not to offend. They all refused.

Sugar is not just a threat to the teeth. It has subtle and undesirable effects upon mental attitude and performance. When I occasionally buy cookies for myself, I rarely am able to finish them. The children know all my hiding places and feed them to the chickens. They say that sugar makes me irritable and isn’t good for me. The children also do not eat artificial sweeteners such as Aspartame (Nutrasweet). The mental effects of these substances are unknown. Aspartame may be linked to deleterious mental effects. Why take a chance?

(See A Diet Without Sugar for info on how to cook without sugar. Ed.) 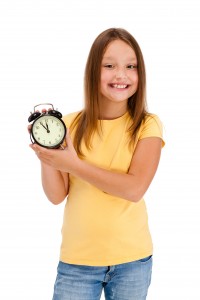 Formal school work occupies about five hours each day – six days per week – twelve months per year. Sometimes one of them skips his studies for the day as a result of some special activity, and we take an occasional automobile trip. With these diversions, their actual annual school time occupies about ten full months of six day weeks.

4. Those five hours each day are the most productive hours

Those five hours each day are the most productive hours – the morning and early afternoon. As soon as they wake – and with time out only for breakfast and milking the cows – they study.Each has a large desk in the school room. My desk is also in that room. I try to do my own desk work during the same time, since my presence keeps the school room quiet and avoids arguments about noise.

5. The children were taught to read with the phonetic system

The five older children were taught to read by Laurelee with the phonetic system – learning the individual sounds of our language. Matthew (five years old) is currently learning to read by phonics. The children are teaching him.

6. The books we accumulated are essential to the curriculum.

The teacher-presented materials that Laurelee obtained are not used, but the books that we accumulated, which include a good selection of classics, are essential to the curriculum. 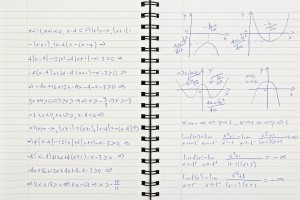 Each day, before beginning any other work, each child (except Matthew) works an entire lesson in the Saxon series of mathematics books. This usually involves working about 30 problems.
If the 30 problems seem to be taking much less than two hours each day, we sometimes increase the assignment to two lessons or about 60 problems per day. If the lessons seem to be taking much more than two hours, then we reduce to one-half lesson or about 15 problems per day. This is an excellent series of texts. The children work their way through the entire series at a rate that finishes calculus, the last text in the series, when they are 15 years of age.

They grade their own problems and rework any missed problems. They must tell me if they miss a problem and show the correctly worked solution to me. The younger children tend to make one or two errors each day. As they get older, the error rate drops. The older children make about one error each week. On very rare occasions, perhaps once each month, an older child will actually need help with a problem he or she feels unable to solve.

This emphasis on math with the help of the excellent Saxon series teaches them to think, builds confidence and ability to the point of almost error-free performance, and establishes a basis of knowledge that is essential to later progress in science and engineering.

Our society is filled to the brim with public school graduates who imagine that they are independent thinkers when they actually are programmed to believe anything they perceive as fashionable. This cult-like behavior is not limited to graduates in “soft subjects” rather than the sciences.

Many people supposedly educated in the sciences and engineering also practice this ritual of non-thought.

I believe that much of this difficulty stems from poor early education in mathematics and logical thought. It is essential to understand that physical truths are absolute and can be rigorously determined. This must be learned by actually determining absolutes. Mathematical problem solving is an excellent mechanism for doing this. Grim examples of failures in this area are everywhere.

Earlier today, for example, a local bureaucrat telephoned in an effort to get my help in fashioning a community compromise on environmental issues between the solid citizens of this Valley and some pseudoenvironmentalist political agitators who have been disrupting the community recently.

During the discussion I mentioned that the agitators had filed a document with the federal government that contained a graph condemning the local lumber industry for destroying local game fish.

Actually there was no correlation between fish population and timber harvest. The agitators had created a correlation by leaving out about half of the data for the last forty years – the half which proves that their premise is false.

“Oh well,” the bureaucrat replied, “we all do that sort of thing.”

The horrible fact is that this bureaucrat is not far from the truth. As our population is increasingly made up of people who do not think logically and honestly about facts, our whole society enters a never-never land of irrationality where paganism is equated with Christianity; where lies are equated with truth; and where moral absolutes are equated with moral relativism.

Human affairs are very difficult to understand, since most subjects that concern humans are so complex that they cannot be rigorously understood or expressed with mathematical precision. In order to compensate for this, we combine the truths we do know for certain with good intuitive extrapolations into the areas we seek to understand. The chance that this sort of process will go awry in a well prepared mind is high enough. For a mind that is unprepared to distinguish between logical truths and illogical falsehoods, this process is entirely impossible.

8. Each child writes a one page essay 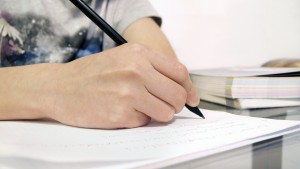 Each child writes a one page essay

After completing the mathematics work, each child writes a one page essay and gives it to me. The remainder of the five hours is spent in reading history and science texts. Some of the children enjoy writing these essays more than others. At present, some of them write a page every day and some write less frequently.

Zachary (at 16 years old) has a more rigorous curriculum, since he finished calculus about a year ago. He is working his way through freshman and sophomore college physics and chemistry texts in the same way that he previously worked his way through Saxon math.

After those years of self-taught math, he has simply gone on to self-taught science – and in the toughest college level texts that I was able to obtain.His mind has become used to the fact that there is nothing in the well-known sciences that he cannot understand and learn and no problem that, with a proper book, he cannot work correctly.

His error rate is negligible.

← How the Robinson Children Fare
More Rules and Procedures →