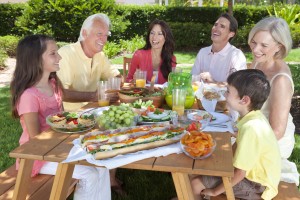 The most important social skills are learned within the family.

Concern: “I want my child to learn social skills.”

7. “I want my child to learn social skills. The kids at the public school have problems, but in mixing with them my child will learn to articulate his views and to interact with people.”
a) I rarely meet an adult who cannot articulate and relate to others. Yet a great many adults will not or cannot think. There are many people with whom the child will learn to relate, and these skills can, if necessary, be learned at a later time in life after the child has learned to think.

When I attended Caltech, 30 years ago, they accepted about 180 freshman students each year.

As a result of the exceptional academic standards that these young men (there were no girls admitted then) were required to meet, each class contained a large proportion of students who were quiet, studious, and relatively inexperienced in so-called “social skills.”

I do not recall any member of my class who managed to emerge as a senior student, four years later, without social skills. These were just picked up as they were needed. On the other hand, had the students not had high academic skills when they arrived at Caltech, they would not have graduated at all. At 18 years of age, they were quite well able to pick up social skills. It was far too late at that age, however, for them to start to learn to think.

Where The Real Lack Of “Social Skills” Occurs

b) Modern “social skills” in children are often almost the opposite. When the children and I occasionally eat at a public restaurant during our automobile trips, sometimes one or two of the other customers (often older people) will pass by our table as they leave and stop to compliment the children on their behavior. This has happened on numerous occasions.
I rarely give instructions to them concerning behavior in public places and, without a mother in our home, their formal table manners in terms of utensil use, posture, and spilling leave quite a lot to be desired. The reason that they are frequently complimented is that they happen to lack some of the “social skills” of their public school counterparts. They don’t understand that it is their duty, as well adjusted kids, to tear the restaurant apart. These other customers are so relieved to see a group of six kids quietly eating their dinner that they are moved to say something.

The children are always quiet around people they don’t know – for a little while. Then they begin to act like kids – kids who, however, are not skilled in some of the techniques taught at our public schools.

On one of our trips this past year, the children were fortunate to have an opportunity to spend two days visiting the home of a famous scientist and his wife. He is a Nobel Prize winner whose accomplishments in his field of chemistry are unsurpassed. He and his wife raised a large family similar to ours.

It happened that, in an odd event that occurred, another individual who observed the children on that occasion criticized them as too quiet in their demeanor. The scientist told me about this later.

He said, “I kept telling him that children learn by example, but he just didn’t believe me.”

Two generations ago children were taught to be “seen and not heard.” Our civilization has not suffered as a result. What I have learned from these children is that, without the peer group example in our public schools, this sort of behavior actually comes naturally. 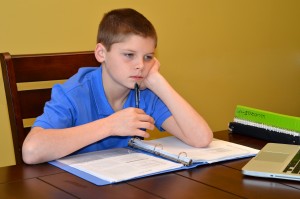 The Goal: To Teach Our Children To Think

The Goal Should Be To Teach Our Children To Think

c) The goal of our home schools should be to teach our children to think – and to think faster and better than we, ourselves do. We should want our children to surpass us in every way.
Often parents think about this in terms of a “better life” for their children – more wealth, more leisure, a larger house, and more “happiness.” A truly better life, however, depends more importantly upon a better understanding of the world and a better comprehension of the worldly and spiritual matters taught to us in the Bible.

In order to gain that understanding and that comprehension, our children need above all else to develop their ability to think.

In this article I have related some of the positive experiences that we have had in our home school. It is a home school that has had an unusual history. These experiences lead me to suggest a particular sort of program for home schooling. This program has, I believe, some special advantages over other methods. If you follow this general program, you will, I believe, be astonished by the academic results and also enjoy the enormous benefits of keeping your family together during your best hours each day.

As the children and I have traveled this path, they have demonstrated to me many positive benefits of directed self-education.

In evaluating our experiences, we find that our single greatest unfilled need was for a directed, self-teaching literature curriculum that is designed to meet the criteria that we have found most useful.

Therefore, the children and I have decided, as a continuing exercise that is a part of their school itself, to start to create one. We wanted this curriculum for our own use as well as for other home schools.

That curriculum is now available here.